Jaipur: India cricketer Jhulan Goswami believes that a full-fledged Women`s IPL will be a big achievement for the country, especially for the young players as they will get to share the dressing room with “top-notch Indian and international talent”.

“As far as IPL is concerned, we do wish for the full-fledged tournament to start and we are all waiting for that. Women`s IPL will be a big achievement for the country and for young cricketers as they are going to share the dressing room with top-notch Indian and international talent,” Jhulan said during Sports Tiger`s show `Off-the-Field`.

Jhulan, who is the world`s highest wicket-taker in ODI cricket, also looked back at how her journey into the world of cricket began.

“The 1997 Women`s World Cup was happening in India and I was lucky enough to get a ticket to be honest. I wasn`t 100% aware of the World Cup happening. But the West Bengal government sent across a few complimentary tickets to the girl`s school and as I was into sports I was fortunate enough to get those.

“My dad took me for the match as it wasn`t possible for me to travel alone to Kolkata from my village. It was my first time at the Eden Gardens and I was standing in front of the main gate of the Cricket Association of Bengal and they pointed at me and said you are a ball girl,” she said.

“It was the proudest moment of my life. You play the same sport as the boys hearing a lot of criticism and a lot of hard comments and seeing Australia and New Zealand girls playing in the final inspired me and I said that if I start playing this sport then I have to play for my country. This was the point I started to take the game seriously and decided to make my career in it,” Jhulan added.

The 37-year-old also feels that age is just a number and professional athletes never think about age.

“As a professional athlete, you never think about age. You just go on with your passion, hard work, and love for the game. You just want to be on the ground as much as possible and that is the most satisfying factor for any athlete. And I am just enjoying myself,” Jhulan said.

India reached the ICC Women`s World Cup final in 2017 and Jhulan was a key member of the team but they fell short by nine runs in the decider. Reflecting on the same, she said: “It was a huge achievement to play in front of a full house at Lord`s in the final. We started the World Cup on a high note. It was an absolute team effort from the very beginning. Whether you speak about Smriti Mandhana, Mithali Raj, Ekta Bisht, Deepti Sharma, Shikha Pandey or Rajeshwari Gayakwad everyone had contributed. As a team, we believed and performed.”

She further said, “We reached the finals and it was only the last 10 overs where we lost the match. For the 90 overs we had dominated the match and it was only the last 10 overs of England`s bowling where we couldn`t handle the pressure. It is a pain but we have to move on. But the 2017 World Cup irrespective of everything was the year of revolution for women`s cricket in our country. I think momentum which was required for women`s cricket was set up by us. If you look at our team`s performance in the last three years 2017-20 we have been very consistent and only lost in the final whether it is ODI or T20I.

“Jhulan also sounded very excited about her upcoming biopic and Anushka Sharma playing her role. She said, “I am very nervous about how people are going to react. I just hope it can motivate more young kids to take up sports. I am looking forward to it.” 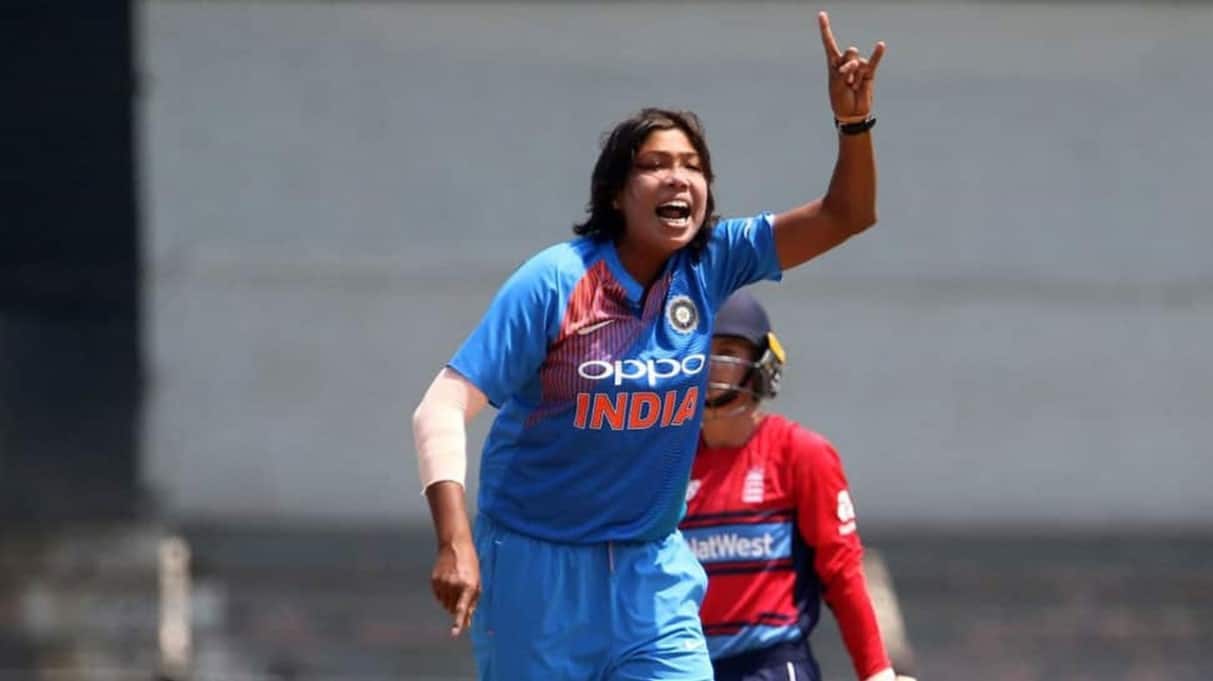