Xiaomi Mi 11 is the talk of the town, ever since the company confirmed it would be the first smartphone powered by the brand new Qualcomm Snapdragon 888 5G chipset. With the launch just a couple of days away, several features have been emerging on the internet. The latest among them is the video in Night mode.

A new post on Weibo teases the new feature where the Xiaomi Mi 11 smartphones include a new Night mode for videos as part of the camera specification. Going into the details, the video shared by Xiaomi wishes everyone a Merry Christmas with a video. Here, the video shows a music box in a dark environment.

Apparently, the video was shot on the upcoming Xiaomi Mi 11 smartphone. The video highlights the phone’s capability of recording a video in such low-light environments. The video also reveals the new Night mode, which comes as part of the smartphone’s advanced computational photography.

Xiaomi’s dedicated Night mode for videos is something unique and hasn’t been seen before. We’ve seen several smartphones with advanced camera performance, including devices like the Samsung S20 Ultra and the iPhone 12 Pro. It would be quite interesting to check out the dedicated Night mode on the upcoming Mi 11.

Xiaomi Mi 11: What To Expect

The upcoming Xiaomi Mi 11 series has made appearances at several certification listings to give us an idea of what to expect. The phone’s teaser video also gave us a sneak peek at how the Mi 11 would look. Gathering details from these sources, it looks like the upcoming Mi 11 will feature a triple-camera setup in a square module.

It’s reported that the Mi 11 would include a 108MP camera, at least on the Pro variant. The phone will be featuring the Snapdragon 888 chipset built on the 5nm architecture. The processor would likely be paired with 8GB RAM + 128GB storage and another model of 12GB RAM + 256GB storage option. 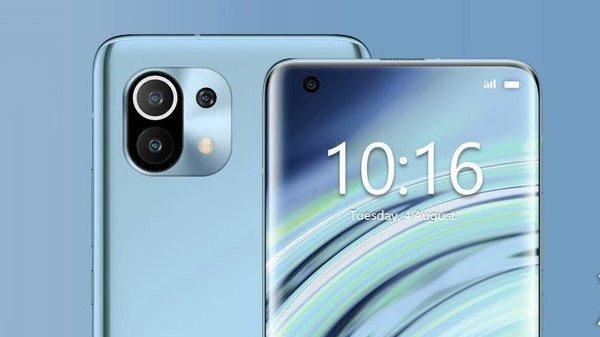